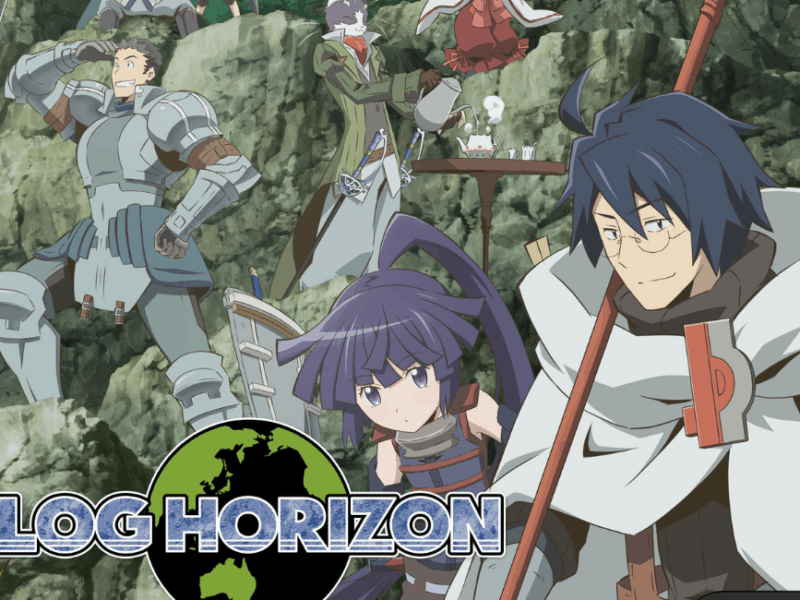 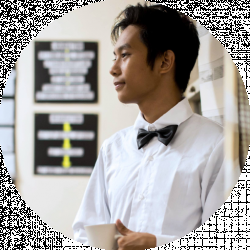 Arthur Monteclar
Arthur is an anime veteran and a professional writer who has worked in the industry for years. His first exposure to anime was when he watched Azumanga Das ioh as a child. He always finds anime to be interesting as it has captivating stories. If the anime is not completely released, he would do more research and read the manga to finish it. Aside from watching anime, he enjoys being the Dungeon Master in DND.

Recently in the anime industry, a lot of stories about the protagonist dying in the real world and getting teleported to a fantasy world have been popping up. This genre is called Isekai, which means “different world” or otherworld” in Japanese. Still, despite the recent trend of isekai anime series, it is not a new concept at all. Even back then, it gained a lot of popularity due to its unique premise.

Log Horizon is one of those anime series. You might have heard about it as a recommendation from a friend of yours who is a veteran in the anime community. Or you have been diligently watching it and following it since its very first season up until now. You probably just watched this years ago and want to relive the experience you had watching it then.

After its third season just finished airing on 2021, many people need a fix for their Log Horizon addiction. Luckily, there is plenty of other anime series that feature similar premises or setups. Maybe by watching these other series, your craving for more from Log Horizon can be quenched even just a tiny bit.

One day, the lives of 30 thousand Japanese gamers of the famous MMORPG Elder Tale suddenly changed as the game received a horrifying update: the inability to log out. Now, everyone must learn to live and survive in this new world because, even though dying results in a respawn, items, EXP, and probably memories as well will get lost. Shiroe, a socially awkward college student and a veteran gamer, immediately tests out his new environment after a brief moment of shock and disbelief.

Along with him in his journey is Naotsugu, a returning player who just logged in after years of inactivity, and Akatsuki, a petite yet fearsome assassin who looks up to Shiroe. Together, along with other adventurers they meet along the way, they learn to navigate the world to bring stability to the virtual city of Akihabara. Shiroe must use his strategic wits with his friends who can lend him support to reach that goal.

Log Horizon consists of 25 episodes that aired from October 5, 2013, to March 22, 2014. Satelight is the anime series’ studio, and other series from the same studio include Fairy Tail, Hellsing Ultimate, and Nanbaka. It is an anime series about action, adventure, and magic in a fantasy game setting. Its second season aired from October 4, 2014, to March 28, 2015, while its third season aired just recently, from January 13, 2021, to March 31, 2021.

It is 2022, and technology has evolved wherein gamers can enter a completely immersive virtual world using only their thoughts. Kazuto Kirigaya, or Kirito, logs in on a newly released game called Sword Art Online and enters the fantastic medieval world of Aincrad full of monsters to defeat. Suddenly, the game creator reveals to the players that they cannot log out, trapping them within the game forever until they can complete all one hundred levels of the game.

Kirito, with a burning passion to come back to the real world, finds similar-minded players to cooperate with and escape Aincrad. They have to be careful in this world full of monsters and other hostile and dangerous players because if they die in the game, they die in real life too. Kirito must become stronger and more careful who to trust if he wants to escape out of the game alive.

How is Sword Art Online similar to Log Horizon? 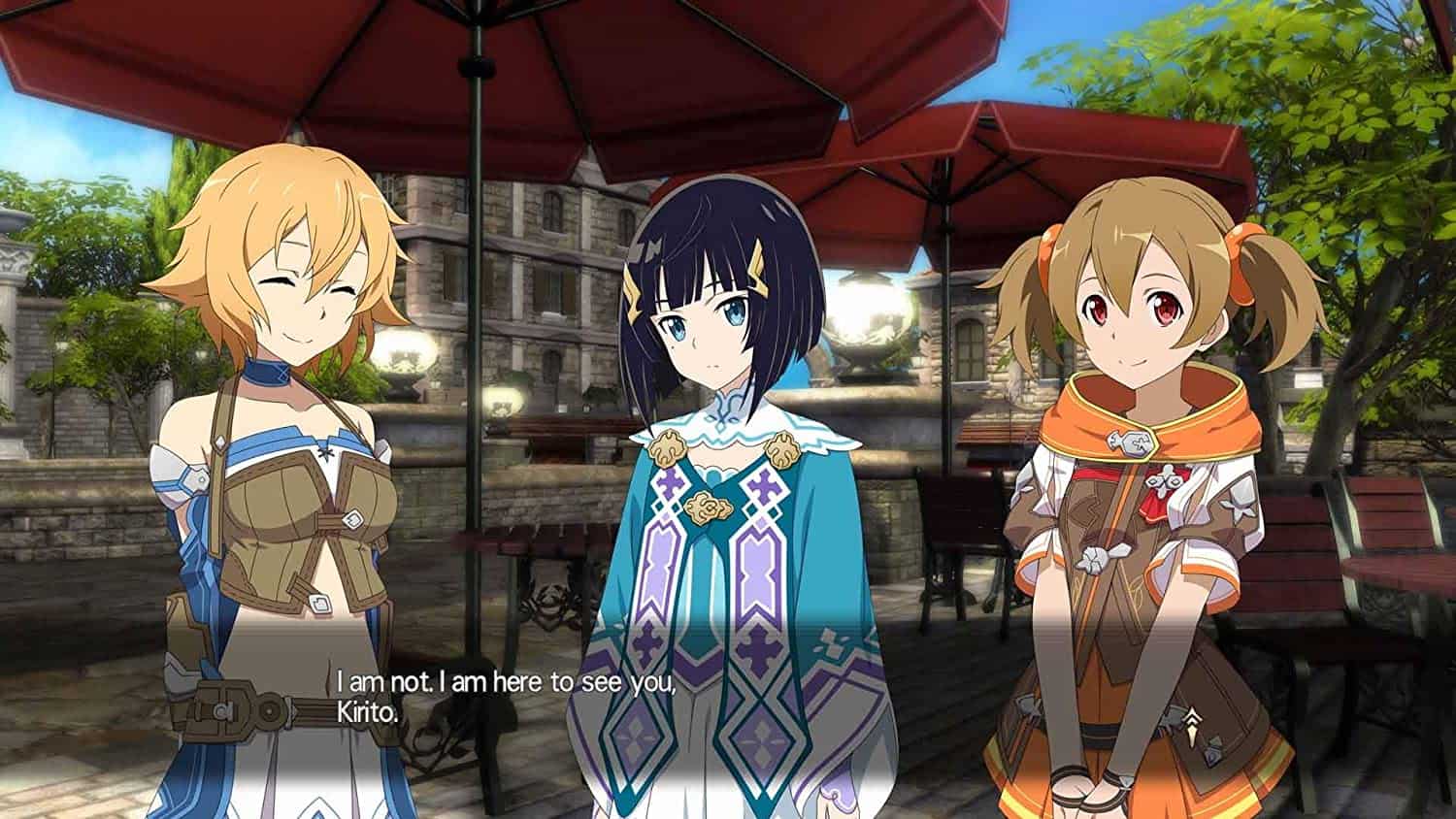 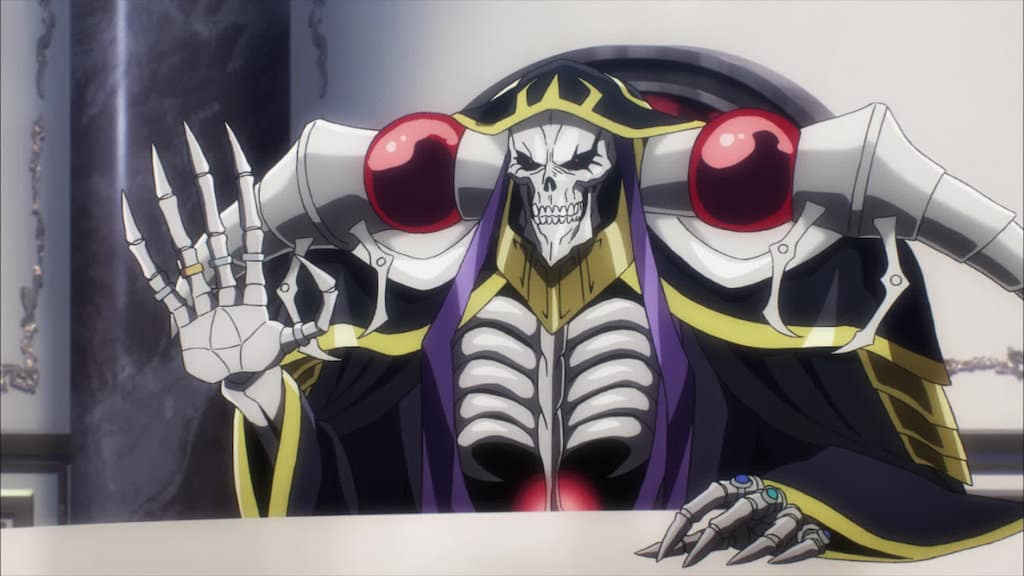 Overlord is another anime that contributed to the popularization of the isekai genre. It has garnered a lot of attention and a lot of viewers because of its excellent storytelling and world-building. Its first season aired from July 7, 2015, to September 29, 2015, while its second season aired from January 9, 2018, to April 3, 2018. It has a third season which aired from July 10, 2018, to October 2, 2018, but its fourth season is yet to release. It has several movies as well.

Momonga, a powerful wizard from the dark guild of Ainz Ooal Gown, decides to play his last few moments of the popular virtual reality game Yggdrasil as the game begins to shut down their servers. However, to his shock, he was still fully conscious even after the game went down and the NPCs around him begin to develop their personalities.

Because of this sudden situation, Momonga gathers loyal servants to help him in his goal of conquering and taking control of this new world to find out what had happened. Furthermore, he is so far the only player that is still in the game and so he ventures out to see if there are others like him in the same predicament.

No Game No Life 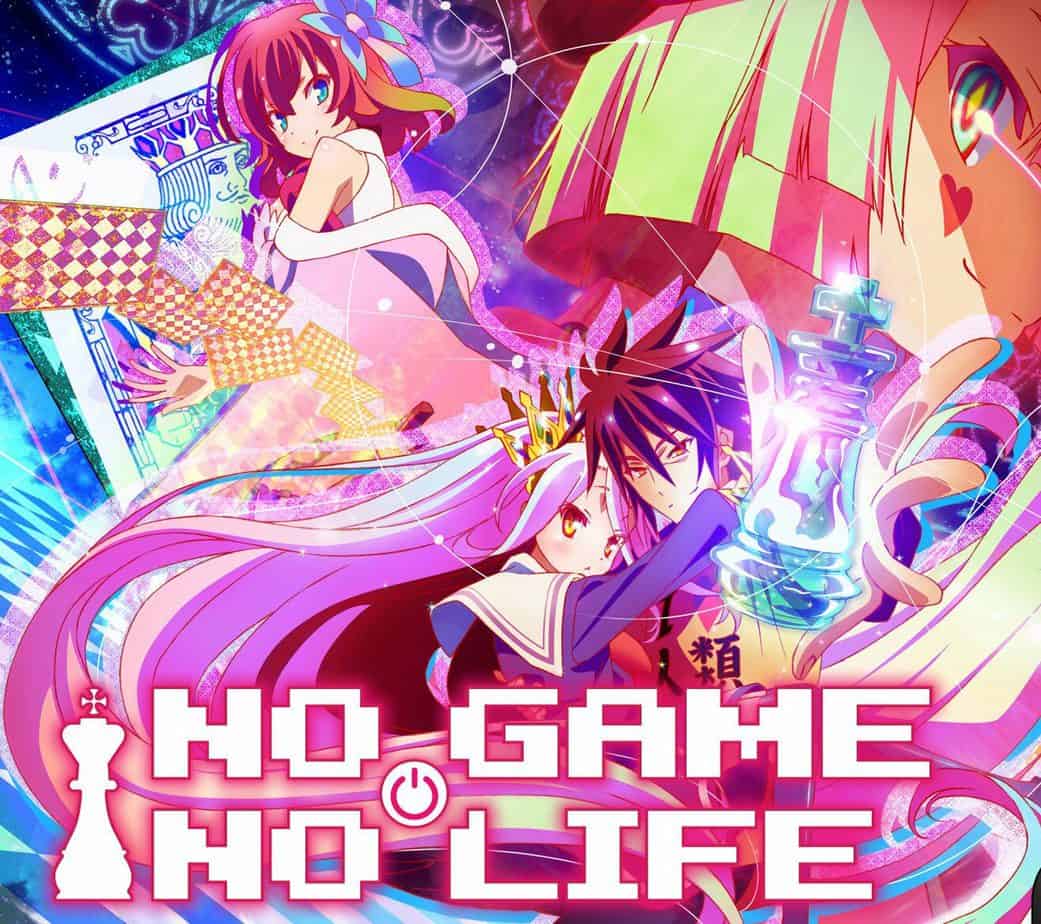 No Game No Life is another anime produced by Madhouse that also gained massive popularity during its time. Just like Overlord, the storytelling and world-building are phenomenal, yet lacking due to it having only one season so far. This anime series aired from October 5, 2013, to March 22, 2014, and ever since then, there has been no second season despite the high demand.

Sora and Shiro are shut-in siblings who are both extremely good at video games so much so that they have gained fame because of their skill under the username “Blank”. One day, they received a strange email challenging them to a chess match and sure enough, both of them won. However, it turns out that their opponent was Tet, the God of Games. After the chess match, they are teleported into a new world.

This new world is called Disboard, where every conflict is settled through games, from petty squabbles between two people to large-scale wars between two countries. A fundamental rule exists that forces each party to wager something they deem equal to their opponent’s wager. In this world, Sora and Shiro can reign supreme because of their skill in games and they slowly fulfill their plan to become the new gods.

How is No Game No Life similar to Log Horizon?

Similarities between No Game No Life and Log Horizon:

Differences between No Game No Life and Log Horizon: 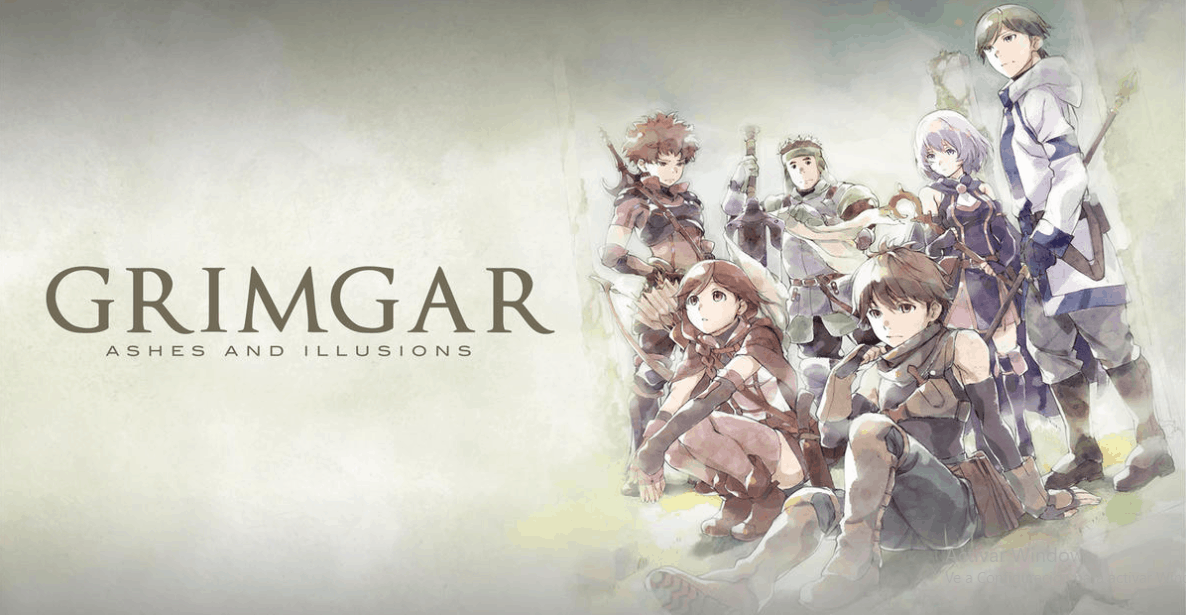 Both series are set in a fantasy medieval world wherein there are game mechanics set in the environment. The characters in both adapt to this world they live in. Both also feature the main characters being in a guild. The stories are extremely different, yet the setting is similar. This anime series is a good follow-up after Log Horizon for viewers who like the game-setting in a fantasy world.

Both series are set in a virtual reality fantasy world with game mechanics set in the environment. Accel World is more science fiction while Log Horizon leans heavily on fantasy. Both series also feature the importance of intelligence and strategy in their respective world. Accel World, however, relies heavily more on romance and a school setting. This anime series is recommended for those who want a little more romance in their Log Horizon stories. 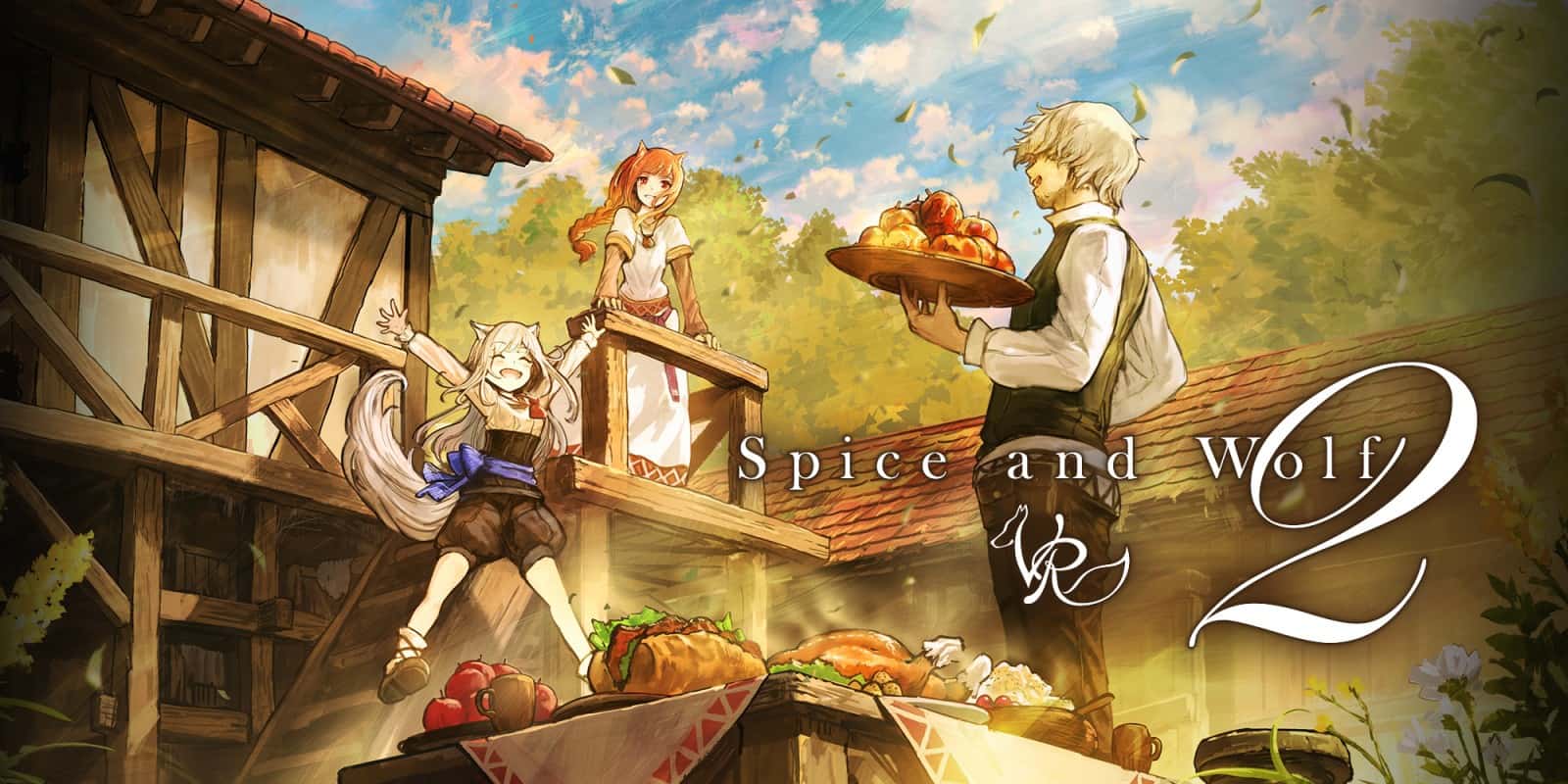 Both series have a fantasy setting and have engaging dialogues more than action scenes. Also, both of them feature politics heavily as well as the military and war involved. The main protagonists are both cunning and rely on their wits, psychological manipulation, and alliances to get what they want. This is a good series for those who love the political side of Log Horizon.

To recap, here are the six recommendations mentioned here that have similar elements to Log Horizon:

If you are having a hard time picking one and you are limited in your time that you cannot watch all of them, then you can pick Sword Art Online if you want something very similar to Log Horizon. Among all of these, these two are the most similar to each other.

If you love the game mechanics, then Overlord and Grimgar: Ashes and Illusions are good picks. No Game No Life also features games, however, it does not feature game mechanics. Instead, it utilizes games as a way of world-building. Spice and Wolf are more into politics so you can pick this if you love the politics in Log Horizon.

Answer: Log Horizon is available on Netflix but only in certain countries such as Japan. If you are outside of Japan and you want to watch it on Netflix, then you must use a VPN to change your location to Japan and access it.

Answer: The light novel which the anime is based on is still ongoing as of September 2021. The latest season of Log Horizon just recently came out; its third season aired from January 13, 2021, to March 31, 2021. From where the third season ended, there is still plenty of material to be adapted into anime considering that the light novel is still ongoing. Still, there is no fourth season announcement yet.

Answer: Log Horizon has garnered lots of viewers back when it first aired. In various leaderboards involving the popularity and scores of anime series, Log Horizon has consistently had good scores in both areas. It is good enough to have two more seasons added.

Answer: Yes, but only in the game. When a player dies in the game, they simply respawn or revive back. However, they lose a certain amount of money, items, and possibly memories as well. Furthermore, the players can still feel pain so dying can be extremely painful.

Answer: There is still no definite date on when Log Horizon will end as of September 2021 since its source, the light novel, is still ongoing.

Arthur is an anime veteran and a professional writer who has worked in the industry for years. His first exposure to anime was when he watched Azumanga Das ioh as a child. He always finds anime to be interesting as it has captivating stories. If the anime is not completely released, he would do more research and read the manga to finish it. Aside from watching anime, he enjoys being the Dungeon Master in DND. 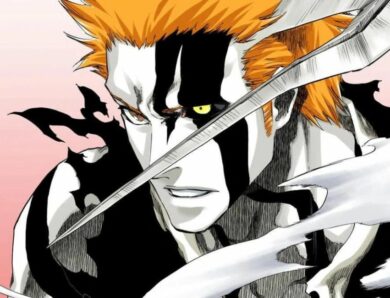 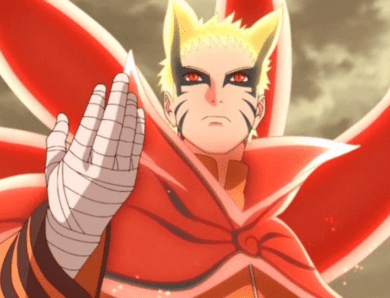 What is Baryon Mode in Naruto 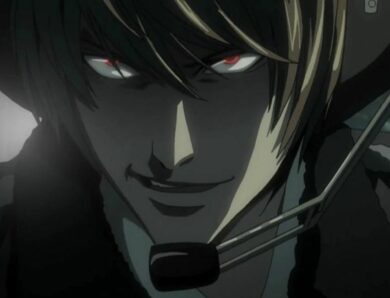 Best Psychological Anime of All Time 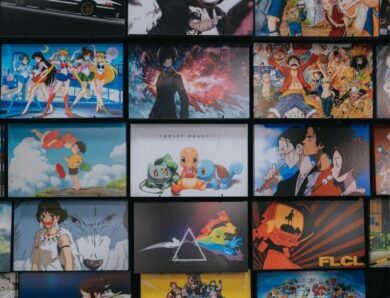